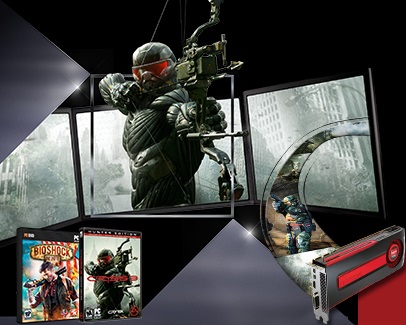 It has been two months since we launched one of the most successful promotions in GPU history: Never Settle Reloaded. And it’s no surprise, as the promotion has included all of 2013’s top games to date:

We believe in continuously delivering tremendous value to our loyal customers so, in the true spirit of NEVER SETTLE, we’re expanding the Never Settle Reloaded program! The upcoming Far Cry® 3 Blood Dragon title will be joining the promotion across all of the AMD Radeon™ graphics products participating in the program.

EVEN BETTER: As a gift to gamers, game keys for Far Cry® 3 Blood Dragon will also be emailed for FREE to any customer that has ever redeemed a Never Settle Reloaded code! These keys can be redeemed on Ubisoft’s Ubishop for UPlay, and will be sent by May 1, 2013.

For a hint of what you can expect from Far Cry® 3 Blood Dragon, here’s a quick summary of the game:

The year is 2007. It is the future. Earth has been ravaged by a nuclear war and new paths for peace must be found. A U.S. cyborg army may have found a solution: a powerful bioweapon on a distant island. A MarkIV Cyber Commando, Sergeant Rex Power Colt has been sent over to gather information and figure out what the hell is going on.

This expansion of the Never Settle Reloaded program is another prime example of the deep commitment to gaming AMD has made with the  Unified Gaming Strategy. From games to graphics cards, and the cloud to consoles, AMD Radeon™ is more than a brand… it’s the future of gaming and an obsession with performance.