The 2005 was characterized by the switching from AGP motherboards to Pci-E motherboards. The 2006 will be the 2x1GB kits DDR2 year, for who makes the PC not only a typewriter! Those guys who likes to play to the latest games like Battlefield 2, Half Life 2, Doom 3, Fear and so on will need more and more amount of memories, and often 1024MB of DDR won’t be enough! Same stuff for who works with high-level CAD drawing or who works on pictures or movies!

We don’t have to forget that in less than a year the new O.S. Microsoft VISTA will be in our homes, and we know that he’s going to eat our 1GB kit of memories!!!

Here there is the specs:

The PCB is a classic Brain-power one with 6 ULNs, now used by most of the high-end memories brands. While the chips mounted should be the Micron D9 since they react pretty fine in overclocking tests.

This kit is guaranteed by OCZ at 500MHz (1000 MHz DDR2) with at the first sight relaxed timings, but as we'll see this kit is able to break the 1000MHz wall with tigher timings!

OCZ offers another option: the EVP protection (Extended Voltage Protection), which let us to use our memories raising the voltage without invalidating the warranty (2.2V +/- 5%).

This kit mount the latest heatspreader by OCZ, the XTC (Xtreme Thermal Convection)! This new heatspreader increase the air flow on the chips with the new honeycomb design.

These memories seems to offer high performances, they seems to be very good for best video-gamers who doesn’t want to lose not even a single frame, or for the benchmarks lovers, always looking for more and more frames in the 3Dmark, or looking to lower their S-pi time!

For the Super-Pi tests were made two of them: 1MB to find the last MHz, and 32MB.

Looking at the Timings that we can change (generally from the Advanced Chipset Features menu  in the motherboards bios), just four of them are the ones more used:

·    CAS Latency (Tcl): refers to the length of time, in clock cycles, it takes for a request sent from the memory controller to read a memory location and send it to the module's output pins. Lower values means higher performance. Obviously a Cas 3 implies different performance if the memory works at 166MHz or 200MHz!

·     RAS to CAS Delay (Trcd): the dates in the memories moduleds are disposed and read in raw and column, starting from the firsts lines and then from the columns. The TRCD means the delay in clock cycles between the RAS signal and the CAS one. Lower values means higher performances.

·    RAS Pre-charge Time (Trp): this value refers to the length of time, in clock cycles, between a RAS command the the next one. In this length of time the condensators of the memories are pre-charged. This operation is indispensable for the DRAM characteristic we told before.  Obviously lower values means higher performances.

·    Cycle Time (Tras): refers to the length of time, in clock cycles, it takes to capture the date from the memory and making it avaible for the output. Lower values means higher performance. 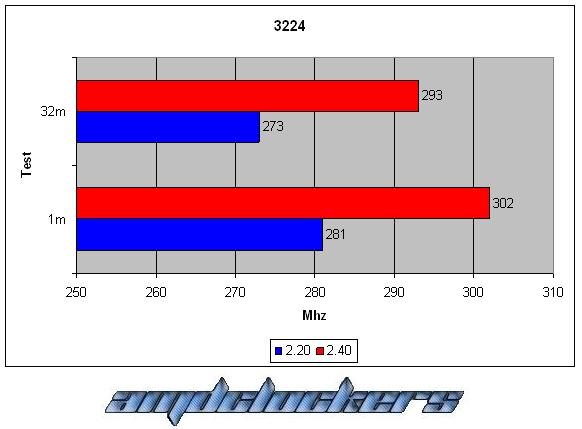 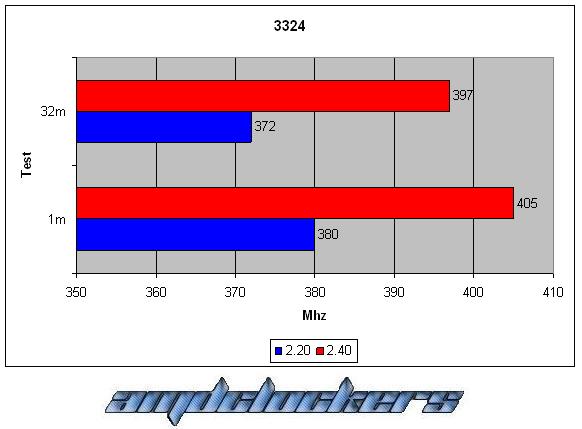 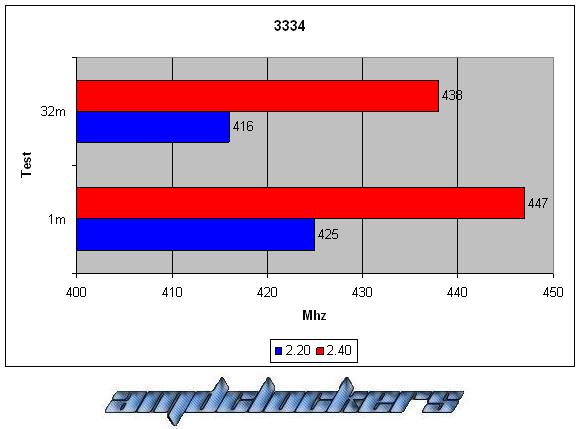 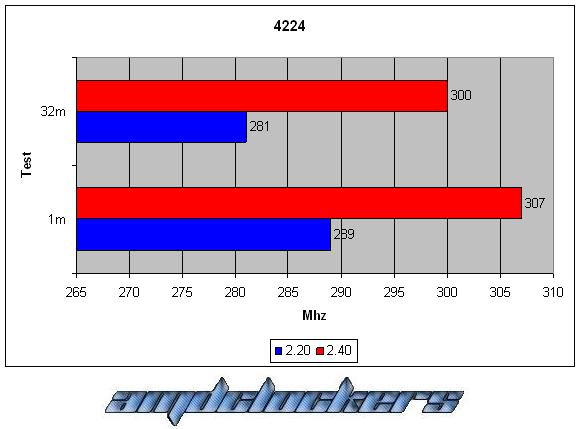 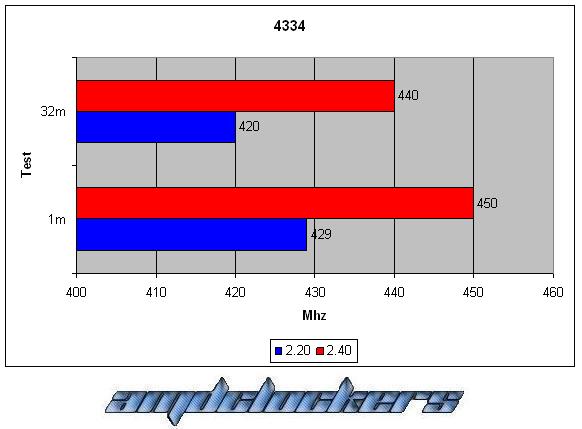 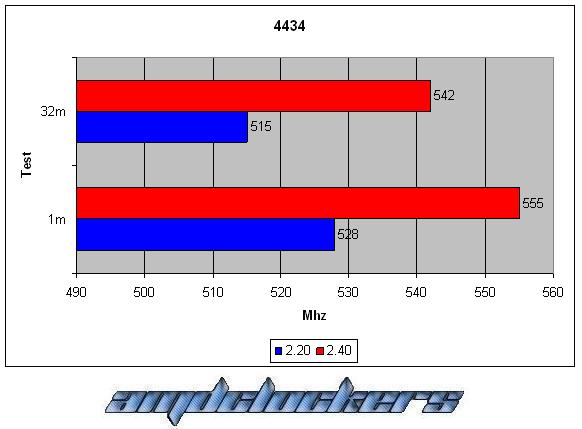 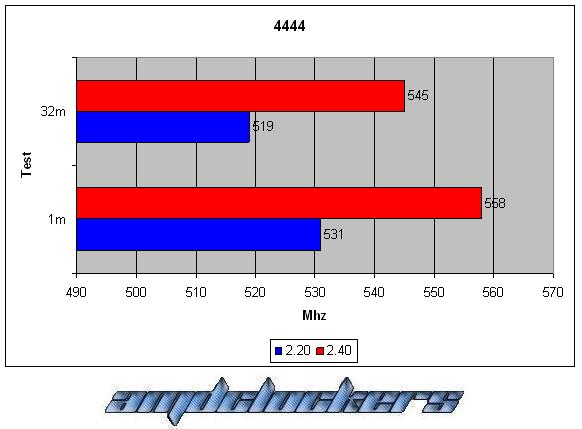 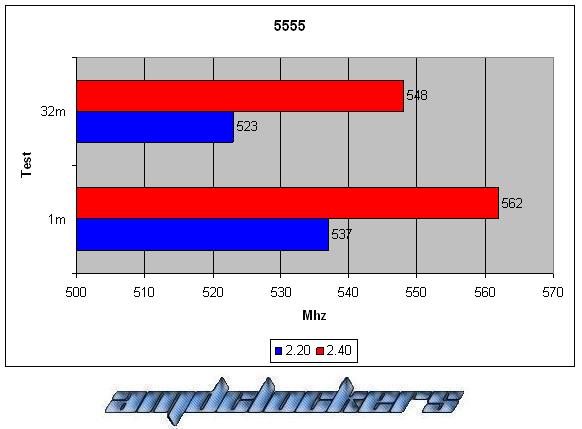 As we could see with the varoius tests we made, this memories react very good with the voltage increasing, with an FSB gain that goes from 5% to 10% both in the s-Pi 1M and the s-Pi 32M.

We didn't relax the timings anymore because over 562MHz (1124MHz DDR2) we couldn't even enter in Windows,  clearly we found the phisic limit of this kit. But as you can see this memories respect the OCZ specs but with a lot more tigh timings!

The strength of this kit it’s the awesome performance, the lifetime warranty and the wonderful heat-spreader that with 2.40v allowed to maintain low the chip’s temperatures. The price il aligned with the other high-end DDR2 kit.

We gave them the overall score of 5 over 5! The best memory kit we've tried till now!

Thanks OCZ technologies for this kit!