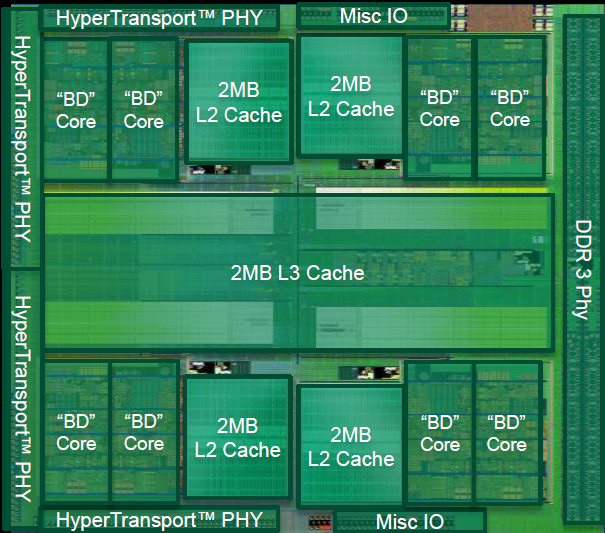 In this article we present a detailed description of the new AMD CPU architecture: Bulldozer. We will unveil the details of the system architecture and of the various components integrated into the chip. In today's debut four new models based on this architecture: FX-8150, FX-8120, FX-6100, FX-4100. We will see the features after having explained in detail the innovations introduced by AMD.

The Bulldozer project was started in 2006 as an architecture redesigned from scratch. Its launch was programmed to be in 2009 on 45nm SOI process, but, as we know, this project has been canceled.

What is known is that the project has maintained all the time the same name: Bulldozer.

The final Bulldozer version seems a mini-revolution in the CPU design field. After an examination of the AMD patents and published scientific papers on the topics we deduce that much of this work is merged in the development of this architecture.

The numerous delays have raised the expectations of users and the last shift, from July to October, has raised further questions about why such a choice. AMD on the other hand, had announced that it had been postponed only for a marketing choice, without any implication of a technological nature.

Today Bulldozer CPUs are presented by AMD as the first 8 core desktop CPU, and as fastest CPUs on the market, thanks to the records obtained in terms of overclocking frequencies reached, well 8429 MHz using extreme cooling.

We shall now see in detail the architecture of Bulldozer, to try to appreciate even better these statements.