It is come the time to review the MUSHKIN PC8000! Let’s see how do they perform!

It is come the time to review the MUSHKIN PC8000! Let’s see how do they perform!

The PCB is a classic Brain-power one with 6 ULNs, now used by most of the high-end memories brands.

While the chips mounted should be the Micron D9 since they react pretty fine in overclocking tests.

We are in front of a new type of heatspreader, longer in the top to make bigger the heating-surface, but it leaves some place to let the air come in and get the heat out of it. All this will make this heat-spreader a very good one, since with 2.4v this kits seem pretty cold.

These memories seems to offer high performances, they seems to be very good for best video-gamers who doesn’t want to lose not even a single frame, or for the benchmarks lovers, always looking for more and more frames in the 3Dmark, or looking to lower their S-pi time!

For the Super-Pi tests were made two of them: 1MB to find the last MHz, and 32MB.

Looking at the Timings that we can change (generally from the Advanced Chipset Features menu  in the motherboards bios), just four of them are the ones more used:

·    CAS Latency (Tcl): refers to the length of time, in clock cycles, it takes for a request sent from the memory controller to read a memory location and send it to the module's output pins. Lower values means higher performance. Obviously a Cas 3 implies different performance if the memory works at 166MHz or 200MHz!

·     RAS to CAS Delay (Trcd): the dates in the memories moduleds are disposed and read in raw and column, starting from the firsts lines and then from the columns. The TRCD means the delay in clock cycles between the RAS signal and the CAS one. Lower values means higher performances.

·    RAS Pre-charge Time (Trp): this value refers to the length of time, in clock cycles, between a RAS command the the next one. In this length of time the condensators of the memories are pre-charged. This operation is indispensable for the DRAM characteristic we told before.  Obviously lower values means higher performances.

·    Cycle Time (Tras): refers to the length of time, in clock cycles, it takes to capture the date from the memory and making it avaible for the output. Lower values means higher performance. 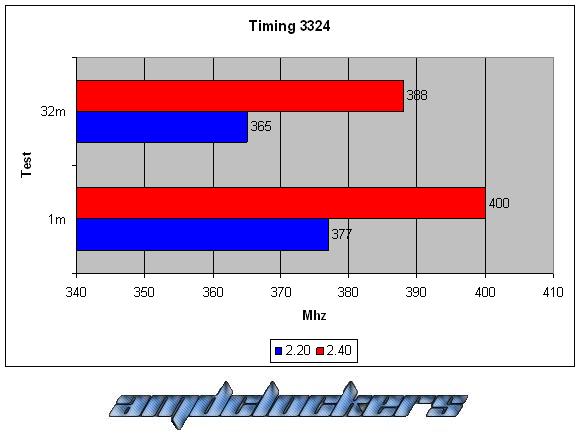 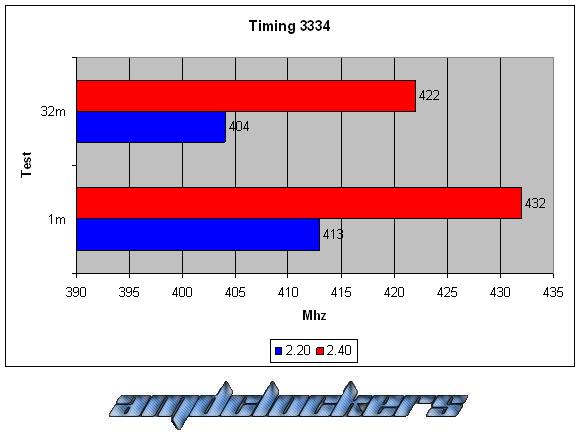 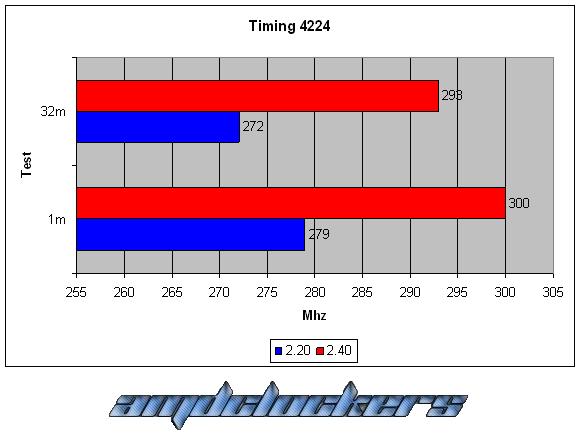 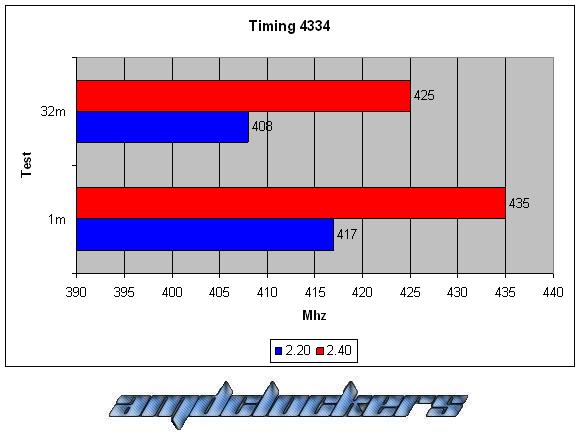 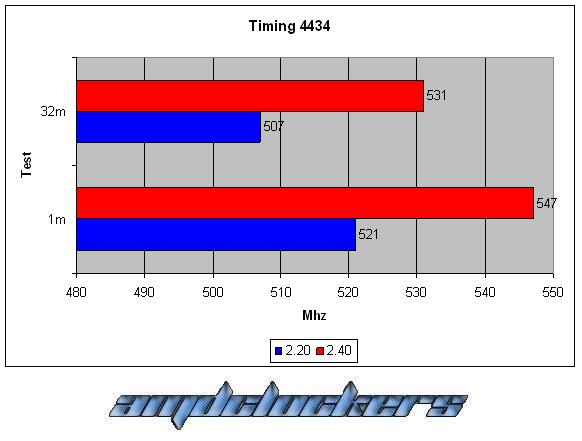 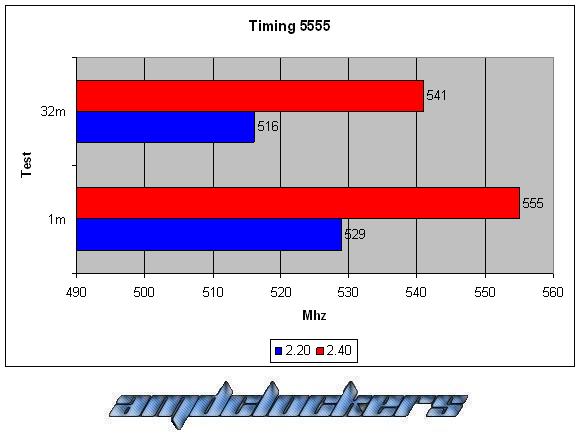 As we can see this kit react very good with a voltage gain, we have a 10% better performance at least both in the 1M S-pi and in the 32M S-pi. This kit could reach 555MHz at most, awesome performances! But over  DDR2 1110 we couldn’t go in windows, even with cas 5, we have reached the physical limit of this chip. This memories are caracterized by their awesome performances and by their fabulous heat-spreader!

Thanks Mushkin and Sirius Computer