MSI 990FXA-GD65 is proposed as high-end motherboard for AMD AM3+ CPU, so compatible with the upcoming AMD Bulldozer. Powered by the AMD 990FX chipset, it has nice features, that we will discuss during this review.

The wait time for the release of the new high-end processor, AMD Bulldozer, is shrinking. The press release speaks of September 2011 and the succession of technical information on the new architecture that circulate in the network makes the air pungent: we are close to launch. 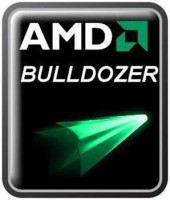 Recall that the term Bulldozer refers the architecture with which AMD will attempt to climb the peak in terms of computing power and to recover lost time at approaching the long time enemy, the Intel Corporation, that with the new Sandy Bridge architecture and upcoming LGA 2011 platform expected in November this year (which will replace the LGA 1366 platform), has created very fast and efficient CPU. 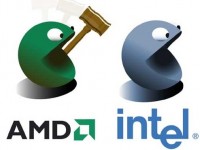 No doubt that the technological gap in time gained by Intel on AMD is 1 year or a little more, and AMD is working hard to recover lost time and regain market share that will bring a breath of fresh air terms of trust in his supporters and shareholders as well as thickening of the company's coffers. 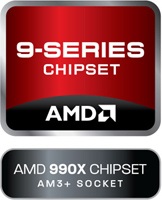 Certainly in our view the release of the new version of 990FX chipset that will support the Bulldozer FX architecture occurred well in advance. The differences with his predecessor 890FX at least on paper are few, the 990FX in practice has inherited almost all the features of its predecessor. Improvements on the CPU and RAM support side are the Zambesi CPU support, precisely Bulldozer, the 32nm technology support and the memory side the support of DDR3 memory at 1866MHz (2133 OC), indeed derived from the memory controller integrated in the future CPUs. Same goes for the SB950 southbridge, virtually identical to its SB850 predecessor. Comparing instead the 990FX chipset to its competitor P67/Z68 in terms of performance, it seems to get closer to the needs of hardcore gamers, bringing real benefits, at least on paper. The 990FX consists of well 42 PCI-Express lines (16+16+6+4) compared with only 16 PCI-Express (x8+x8) of the Intel LGA 1155 platforms, whose PCI-Express controller is integrated into the CPU. The 990FX supports both the Crossfire (technology that AMD has inherited acquiring ATI) that SLI from Nvidia. The latter is perhaps the greatest innovation, indeed derived from an agreement with Nvidia, rather than technical solutions related to the chipset. With regard to the Southbridge, it is interesting to note that the new AMD and Intel platforms have not yet implemented natively the USB3.0 standard, and both use external chip to integrate the slots on their products. Future AMD chipsets will probably integrate this standard, integration already occurred in other motherboard chipsets for AMD Llano. The AMD SB950 Southbridge has an incredible number of built-in devices for communication. As many as 14 USB 2.0 ports, besides 6 ports, all 6Gb/s SATA3 native, while Intel has only 2 of 6 total.